One Trip At A Time

It was a hot, sweaty and tiresome afternoon that Saatchi and I found ourselves stuck in. Sitting beneath a squeaky fan of a small eating joint right beside the entrance of Raigad fort ropeway, we both were awfully disheartened with the way the morning had turned out.

Having ridden for five hours, on roads that were mostly gravel infested with the sun right overhead and only covering a distance of 90 kilometers, we both were gutted to be denied entrance to Raigad fort. The guard at the gate, annoyed at this point with our constant pleas to enter, turned around and yelled, “Aaj Thackeray ji aa rahey hai, pura bandh kar diya aaj!” It was then that we both realised that there was absolutely no way we were going to see the fort. 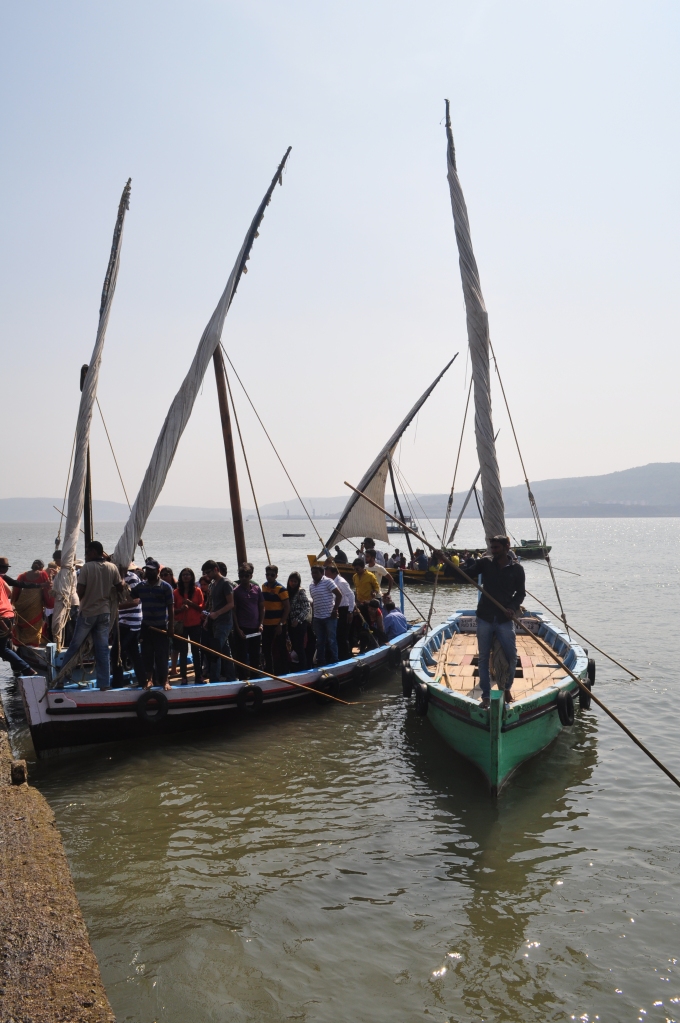 This was day two of our bike trip. The 550 km trip would include visiting Alibaug, Kashid, Murud Janjira Fort, Raigad Fort and Pune before returning to Mumbai. The journey started the day before from Mumbai, taking the first ferry out to Rewas Dhakka, which is 10 km from Alibaug. For 300 bucks, we reached Alibaug in an hour and a half, with the bike mounted on the roof of the boat.

The 10 km ride from the dock to Alibaug took just half an hour and was an incredible ride through the countryside. After eating some authentic Maharashtrian food, at 10 we left for Kashid from Alibaug. As I was driving there, I remembered blogs I read online that spoke of how beautiful the stretch between Alibaug to Kashid was. Honestly, words cannot ever describe the feeling or the view you get once on that road. It was like nothing I’d ever experienced before, with Phansad Wildlife Sanctuary on my left and the coastal line on my right. One of the most beautiful rides I’ve taken till now, with amazing scenery, clean localities and decent roads. When we got to Kashid, I was surprised to see Uttarakhand-like pine trees on one side of the road and a beautiful white sand beach on the other. We decided to halt at Kashid for about an hour before we left for Murud.

After crossing over a bridge on Lokmanya Tilak road, we encountered an uphill climb and got a beautiful view of Murud beach along with Janjira fort, as we reached the top. Winding roads down the mountain led us through a quaint township and to the ferry point from where we took sail boats. Murud Janjira Fort is probably one of the more interesting historical places I’ve been to. The fort was so massive that it housed an entire township across 22 acres within its walls. What I found most fascinating was that even though the fort was 3-4 kilometers into the ocean, there was an underground passageway that connected the shore to the fort, and was said to have been large enough for elephants to pass through. Walking amidst the ruins, I learnt many more stories about the fort from the guide who was reciting lines in an almost sing-song manner.

After exploring the fort, we headed towards Murud, where we stayed the night. After getting much-needed rest, we set out for Raigad fort the next day at 6:30 in the morning.

After riding on what might have been the worst stretch of road we’d encountered on the trip, we stopped for chai and breakfast at Khajaniwadi village at around 7:30, and managed to get some good sunrise shots. Tea, with a view of the sunrise and a slight chill in the air, inevitably tastes better. While eating bun omelette we asked the owner if he knew an alternative route to Raigad, but he insisted we continue on the same road as it got much better just a bit ahead. 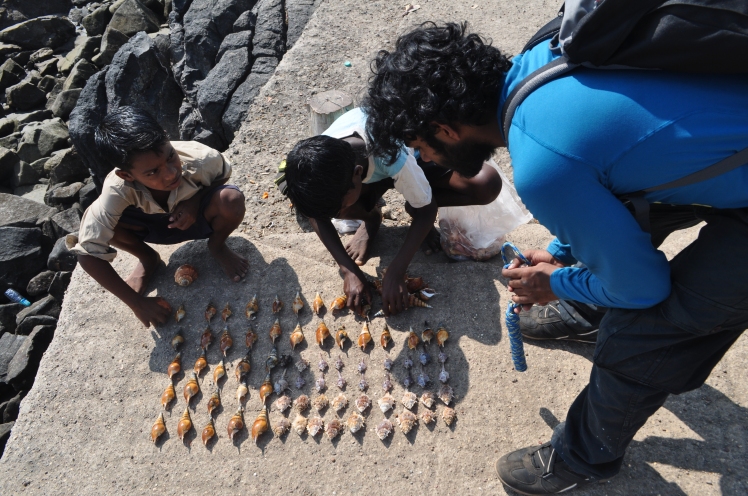 We headed toward Raigad fort via Tala and got to ride on one of the most beautiful and well-laid roads I’ve ridden on. This path eventually led to the Bombay-Goa highway NH 66, where we saw 5-6 Royal Enfield riders cruising at 70-80 km/h. Using the group as a pilot, I sped up and kept on their tail. Following them on this stretch helped us make up for the time we had lost earlier in the day. Sure enough, the group headed straight down toward Goa, as we took a left turn from Mangaon into Raigad fort.

The uphill climb to Raigad fort proved to be quite a task. The  35 km stretch was in such a bad condition that it took us 2 hours to finish, almost causing us to fall off the bike, more than once! To add to the frustration of not maintaining a good average for this leg of the trip, we reach the base of the fort (ropeway) only to find out that Uddhav Thackeray was paying a visit for his late father’s birthday and was to deliver a speech there. Needless to say, we were pretty ticked off, then went and sulked in a restaurant while chewing our lunch under the squeaky fan of a small eating joint right beside the entrance of Raigad fort ropeway.

As Uddhav Thackeray’s convoy of cars paraded through the narrows roads that led up to the entrance, we decided to head for Pune. As we got onto NH 66, for the first time we rode on broad highway-type roads through the mountains. After ascending a ghat, which took us over to Mulshi lake, we decided to take the bike to the banks and give it a thorough wash.

This was probably the highlight of the trip, just relaxing, taking pictures and cleaning the bike, beside the blue water. It really made our day especially after the experiences we faced earlier on. After about an hour and a half, we left Mulshi and reached Saatchi’s residence by 6 pm and spent the remainder of the day at his place.

Well rested, we began our journey back home early in the morning. This ride was the least taxing as we had to remain on the highway for the major part of the trip. For the first time this whole journey, I paid attention to the soothing sound of the 180cc engine which made me realise we had had a safe trip so far and that we were lucky just to be able to pull off something like this. My train of thought was interrupted by a violent roar of superbikes closing in. Being a national holiday, bikers from Pune and Mumbai took their machines out for a morning ride. We saw an assortment of superbikes like Ducati Diavel, Ninja ZX 10R, Harley Davidson 883 and countless Bullets all with the national flag fluttering behind them.

Deciding to share the same enthusiasm, we too bought two flags at the next toll booth and attached them to the bike. We got back to the dorm at 11 am where all our friends greeted us on managing to pull off a trip like this. Both Saatchi and I were elated to be back but at the same time a little sad that our trip had ended. However, we both shared an experience that we won’t be forgetting for a long, long time.